11:11 flipside talk at the Life After Life Club in Laguna Woods

More stories from the Flipside, courtesy of the folks at the Life After Life club in Laguna Woods, California.

Over a decade ago, these folks decided to start talking about this topic, inviting people who've had experiences with the afterlife.  A couple of years ago they invited me down for a chat. This was filmed yesterday.

There are about 100 people in the audience, and most of them were not aware of my research in the field, so I give a brief overview of how I came to the work.  If you've seen or heard me talk about this before, you might listen to see how much I differ or veer from the story I've been telling for over a decade.

The subject of the talk "11:11" is based on an event that happened a couple of years ago, via a dream my wife had.  That post is here:

The reason I'm discussing it in this forum - is I've learned that any event is accessible. If it happened, it exists like a packet of time, or like a DVD of all the things that occurred during that event. (Although the conscious mind may misinterpret or mistake what it was seeing or saw, we can also learn "new information" from revisiting the event).  The vivid dream, the visitation, the NDE, the OBE, the LSD trip, the deep hypnosis session, once experienced - (like the lives of our loved ones) - always exists, and can be accessed if one takes the time to learn how.

Some people find it easier to access these "events" or "memories" through hypnosis, (or meditation or some other method) - I've learned that a person does not need to be under hypnosis at all to experience things that are not in their conscious mind.

(Here's an example from last week's radio program with Heather Wade, who accesses the Flipside, her council, her former boss Art Bell, her teachers, guide, councillors - things she was not aware that she could access, but the same things that many people access while under deep hypnosis, during a consciousness altered event like an NDE - but she's not under any form of hypnosis at all.  I am merely asking her the simplest of questions and she supplies the answers live, in real time. Note her incredulity at being able to do so:)

In this talk above, the "11:11 Flipside chat" I note some of the work I've done with Scott De Tamble - I've filmed over a dozen sessions with him, done five of my six sessions with him, so in terms of "Where do you find a hypnotherapist who can do this kind of deep dive into my subconscious?" he's the one that Paul Aurand, former President of the Newton Institute recommended, Scott was trained by Michael Newton.

Scott's at LightBetweenLives.com (and I'm told he also is doing Skype sessions.)

Since that recommendation, I've filmed many sessions with him - and he treats this research as I do; something to be understood or learned from.

I recount in this talk how I met the renowned medium Jennifer Shaffer (JenniferShaffer.com) and her abilities working with law enforcement and how I came to realize that I could "access her talents" like a cellphone - and recount some of the incredible and recent sessions we've done together.

During this chat, I forgot to mention how to try "the simple way anyone can speak to their loved ones" given to me from someone on the flipside, but thankfully it was the first question asked in the Q and A so it's at the end. (The advice came through Jennifer Shaffer, who was accessing "Morton" (as she called Michael Newton) who gave us a simple formula for "how to speak to our loved ones who are trying to reach us from the other side."

It's at the end of this clip.

Thanks again to the wonderful folks Laguna Woods club, I only wish I had brought a dozen more books as I sold everything I had with me except my Sharpie.  I hope they continue to expand the path in this form of examination; wonderful group of individuals.

As a reference, here's a session I filmed years ago. During a book talk in Venice, CA a woman in the front row burst into tears when I mentioned my memory of a previous lifetime as a Lakota Sioux who "lost his family."  Scott asked her if she wanted to "come up and explore" that memory - this was live demonstration (posted with her permission.)


The subtitles are accurate - I found the Sioux tribe that matched her memory of living in West Virginia prior to the forced "trail of tears."  What she says about burning the clothing to "release the souls" is something that is not commonly written about but I did find reference to that particular practice in a forensic search of tribal accounts stored on a University website. (Those cites and footnotes are in "It's a Wonderful Afterlife.")

Here's a talk with Scott De Tamble about how he came to the work via Michael Newton.

and something from Jennifer Shaffer 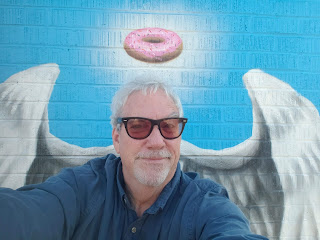