The Wisdom of the Ages 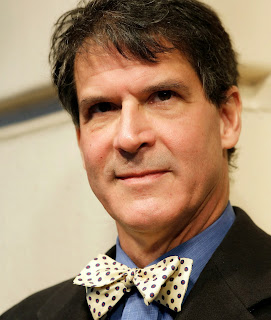 Eben Alexander's "Proof of Heaven" is a remarkable account of a neurosurgeon's near death experience. Lying in a coma for 7 days, his brain ceased functioning and was given a 3% chance of survival in a vegetative state. But during the coma, he experienced a journey through various realms of the afterlife where he learned some of the same things that people have said consistently under deep hypnosis, as written about in "Flipside: A Tourist's Guide on How to Navigate the Afterlife."

Recently, I was transcribing a session where a spirit guide told the person under hypnosis (or so they claimed) that "God is beyond the capacity of the human brain to comprehend, it's not physically possible. However to experience God, open your heart to all people and things." In essence, that God is love, or the flipside of it; love is what the essence of God is.

In Dr. Alexander's "Proof" he experiences a profound sense of love; "Love is without a doubt the basis of everything... In its purest and most powerful form, this love is not jealous or selfish, but unconditional. This is the reality of realities, the incomprehensibly glorious truth of truths that lives and breathes at the core of everything that exists or that ever will exist, and no remotely accurate understanding of who and what we are can be achieved by anyone who does not know it, and embody it in all of their actions."  Love, as this Harvard trained scientist is reporting, is the essence of the universe and the essence of who we are.

I'm finding the same reports coming from just about everyone I've filmed under deep hypnosis. One reports "You know it’s not endless love the way people describe it, that’s just something we say so we can relate to it, but it’s so much bigger than that. It’s everything. But there is a wisdom to it and the wisdom is what people call God." One describes the experience; "It’s like taking a bath in love."

The premise of my next book is simple; are reports of near death experiences similar in scope to reports from what people say under deep hypnosis about the afterlife? If so, doesn't it make sense to examine them, since they offer profound knowledge without the need to be in a state of near death?  As reported earlier, in one session a woman had a message from her elders (as she saw them in her "council") : "The wisdom of the ages is ours for the taking."  I think they meant to say "The wisdom can be yours for the taking."  Which means we - humanity - have a golden opportunity to tap into the past, learn from elders and loved ones who've gone before us, and bring forth this wisdom of the ages (and from  scientists, philosophers, writers who've preceded us) to help guide our future here on Earth.

If you can donate to the creation of this next book in the series, I really appreciate it. Thanks to all those who've done so, and I hope this next book exceeds your expectations.  Rich