Something I posted today on the Book of Faces:

Things I've heard my father say since he crossed over:

"Tell your mother I love her. It's beautiful here. I'm experiencing indescribable joy. I'm with Harry, Kitty, mama, papa, Rig, Vey" (and 6 others I didn't know but mom did.) When I asked "why are you telling me?" He said "Because you can hear me."

Years later I asked him "Should we move into the home you designed and built?" He answered "This was my path."

I was in a doctor's office having a routine "procedure" (If it's so routine why was I required to be knocked out by anesthesia?) I saw him sitting across a river from me on grass. He looked about 40 years old (roughly when I arrived on the planet) and we were having a casual conversation about life.  I can remember pulling blades of grass up and tossing them.

I started to hear the sounds of the doctor's office intruding, and said to him "Well, that's my cue." And he said "I'll see you later."  I said "When?"  (As if asking when I was going to be crossing over) and he laughed.

I was swimming in a pool of ice water at the top of the world.  It was 4 in the morning, I had taken my clothes off and gone out into the icy waters of Lake Mansarovar.  I was a moonless night, it was darker than I could see, and it was colder than anything I've ever experienced.  I was knee deep in the water, so I sat down in my skivvies and splashed water over me, until I heard my father's voice, clear as a bell say "Basta."  (Italian for "that's enough!")

I got up and headed out of the cold water and into the rest of my life.

When Olivia was 2 she ran into the living room of our apt. "Grandpa is in the kitchen!" she said excitedly three years after his passing. I asked quietly "Did he say why he is here?" She said "To see the new baby!" (Her 6 month old brother RJ) When I asked "What else does he want to tell us?"

She said "He says "I love you... And you guys need a bigger house." 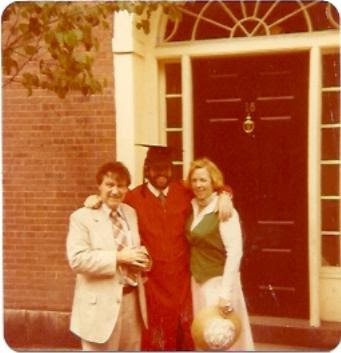