New Beyond Belief with George Noory "Talking to the Flipside" 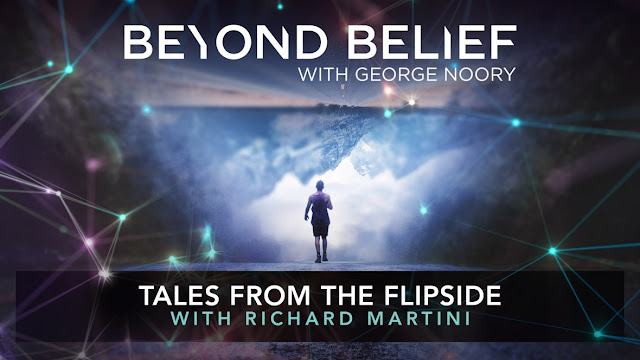 "Life after death may be far more fantastical than you can believe. Richard Martini presents us with a new perspective of the afterlife, based on his documentation of countless Between Life sessions, including contact with the late Bill Paxton. We listen in on several of these sessions to glean the uncanny commonalities of the accounts, giving us a clearer picture of what awaits us on the flipside of life.

After a dream vision of visiting his friend in the Great Beyond, author and award winning filmmaker Richard Martini went on a literary quest to discover the prevailing science and philosophical opinions on the afterlife. Eventually he was introduced to the work of author and hypnotherapist Dr. Michael Newton. FlipSide: A Tourist's Guide to the Afterlife is his debut non-fiction book on a topic that's been haunting him since the death of a soul mate."