Flipside and Choosing Your Parents

Appearing with George Noory June 27th at the Great Greek in Sherman Oaks.  What fun!
Here's a link to my appearances with George on Coast to Coast.  More details to follow....

Saw a young woman sobbing on the street yesterday. I stopped and asked if I she was ok.

I said "Maybe talking can help."

She said "I just heard my dad is smoking crack again."


I asked if he'd been arrested or was ill. She said "No. He's back in rehab. I heard it from my sister."

I said "I'm sorry you both have to go through that. But may I ask you a personal question?" She said "Sure."

I asked "Why did you choose him as your dad?"


She paused. Looked at me with her purple hair and nose ring.

"I don't understand the question."

I said "Just try and open yourself up to the answer. If it was possible; why do you think you chose your parents... this particular mom and dad?"

She said "To learn how not to behave. To understand what I didn't want to become. To learn from their mistakes."

I said "Well then, it sounds like you chose wisely. It's not easy for him to learn the lessons he's signed up for, just as it's not easy for you to sign up to learn lessons from the both of them.

But maybe you've done it for a reason you don't consciously know, but agreed to learn. Sometimes people say they learned how to heal others after recovering from an illness."


She said "I've heard something like that before. That we attract those things and people we need to learn from."

I said "So maybe that's why I stopped to talk with you."

She wiped her tears and said "Thank you. I feel much better now."

I said "Thanks for sharing your story. First time I've ever heard that particular sentence; "My dad's back on crack."


In posting this story, some pals weighed in - and these were my replies:

Scott: I was adopted at birth. I have never met another blood relative, but my entire life I have felt as though I am where I am supposed to be, with the parents who were meant to be mine.


Rich: Cool. I've filmed people under deep hypnosis, both adopted and adopters, who claim they could see that they had chosen their families. It seems counterintuitive, but I think it's related to quantum entanglement. The idea that those individuals you know and love from previous lives are on the planet and somehow they "seek" each other out. Like magnets. Either way it's consistently reported that we choose (agree, ask, plan) the circumstances of our being here. Reports have been gathered via transcripts of hypnosis sessions, interviews with near death survivors, etc. ("Flipside," has the adoptee info.) Pretty mind blowing. 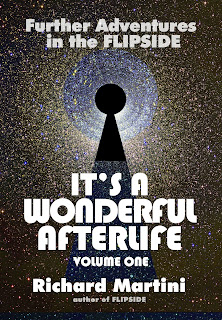 
Rich: Well, to be fair, just saw a woman in distress on the sidewalk in front of Starbucks. I was sharing science with her. (Consistent reports that are repeated in the work of Dr. Wambach, Michael Newton and others.) But during one filmed session (in "It's a Wonderful Afterlife") a woman asked "what or who is God?"

And her "spirit guide" said "God is beyond the capacity of the human brain; it's too complex. However you can experience god if you open your heart to all people and things."

So yes, if that's accurate, then it isn't only that "God is love" - but love, the ineffable term we can't define, is what God is. When you share science you are sharing love (of humanity, of the planet, of existence) my two cents. 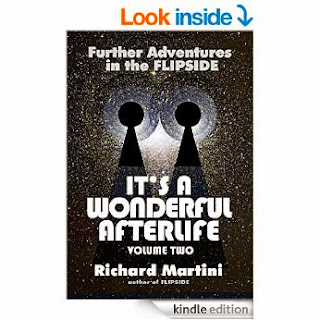 Richard: Wonderful. I'm so glad we choose you as our neighbor:) (from my old neighbor)


Rich: It's funny how when we have that feeling when you meet someone "I feel like I've known you forever." Sometimes it's with a "soulmate" sometimes with your literal "mate." ("Check, mate?")

I've found if you really examine it - that conscious moment when you felt that way about someone - you find the seeds of this research. How could you "know" someone you've just met? How does that feeling of comfort - often described as "home" - square with the linear time line of our journey?

So the idea "there are no mistakes" or "there's no such thing as coincidence" may be rooted in that quantum reality. "Oh no, not YOU again!?" (Just kidding) In my case I get that a lot. 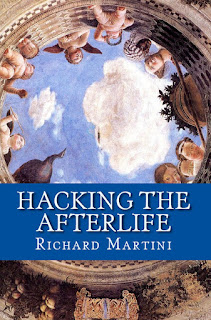 Rich: Six degrees of Kevin Bacon. I found this woman's profile on Facebook, and we have two mutual friends.

(Were the friends somehow spiritually involved, quantum entangle-mentally involved in my stopping to speak to her? Remains to be seen.)  My two cents.
Posted by Rich Martini at Sunday, April 30, 2017 No comments: