A moment with 11:11 and backstage passes to the flipside 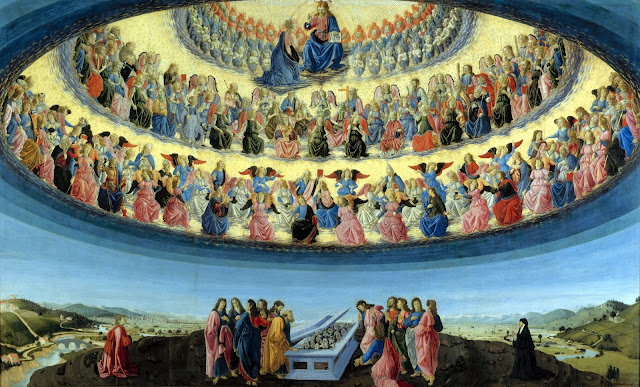 I was in a meeting yesterday and was discussing the concept of 11:11. (Not the analog version, but the digital version. Analog version wouldn't mean much to anyone.)

How in a dream, my departed friend Luana had appeared to my wife and was asked "How can you be here? You passed away 20 years ago."

I had just left a meeting upstairs in the office, and descended to a cafe. Moments after this discussion the waitress at the cafe said "it's 11:11" to me. I said "Why did you say that?" She said "I dont know. Sometimes I feel an urge to comment on things, it comes from a higher place."

Stay open to the odd coincidence as it may not be.

There's a chapter in "Backstage Pass to the Flipside" about 11:11. 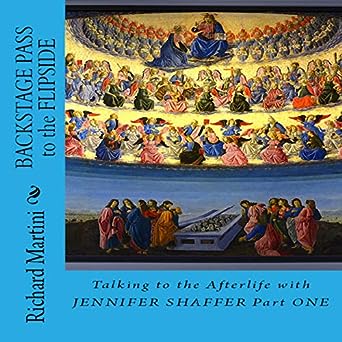 Backstage Pass to the Flipside: Talking to the Afterlife with Jennifer Shaffer, Part One

Richard Martini (Author, Narrator), Homina Publishing (Publisher)
5.0 out of 5 stars    5 customer reviews
See all 3 formats and editions
Part one explains the process of obtaining these "interviews from people on the flipside".
Jennifer Shaffer is a renowned medium and intuitive who works with law enforcement in the US to help find missing persons. Richard Martini is a best-selling author who either knew the people they seek to interview or their class moderator. Luana Anders (on the flipside) helps moderate the discussions.
Each chapter is an exploration of what was said. Research is done to verify details that are heard, and observations of the process are made. The following is just a sampling of some of the people "accessed" via this process.
Backstage Pass to the Flipside: Talking to the Afterlife with Jennifer Shaffer Part One interviews:


See all 3 formats and editions


Backstage Pass to the Flipside Book Two: Talking to the Afterlife with Jennifer Shaffer Book Two explains the process of obtaining these "interviews from people on the Flipside." Jennifer Shaffer is a renowned medium/intuitive who works with law enforcement in the US to help find missing persons. Richard Martini is a best selling author who either knew the people they seek to interview, or their class moderator Luana Anders (on the flipside) helps moderate the discussions. Each chapter is an exploration of what is said, research is done to verify details that are heard, and observations of the process are made. The following are just a sampling of some of the people "accessed" via this process. Backstage Pass to the Flipside: Book Two interviews: ***** 1 – “Ed Taylor, Robert & the Oscar nominated dog.” Interview with Oscar winning screenwriter Robert Towne (alive) and two friends on the flipside. 2 – “It’s Fun Over Here” Interview with Oscar winning director Sydney Pollack on the flipside. 3 – “Love is a higher frequency” Producer Jonathan Krane and Marlon Brando are accessed on the flipside. 4 - “Black holes & the Infinite” Interviews with Stephen Hawking, Garry Shandling and Christopher Hitchens 5 - Jennifer and Luana “Blueprints” Actress/Teacher Luana Anders goes over how to assemble a class on the flipside. 6 - Brothers from Another Planet. Various class members weigh in on reports from the flipside. 7 - Consciousness “Unearthly Answers” More general discussions, including Bill Paxton, Tom Petty and others. 8 - John, George, Jimi “Blue Suede Shoes” Jimi Hendrix, George Harrison and John Lennon comment from the flipside. 9 – “Buddha and Jesus Walk Into a Bar.” Interviews with two people who claim to be avatars. 10 - “Field Trips” An interview with Amelia Earhart and a journey to an akashic library. 11 - “Ghost Stories” Ghost Hunting with Garry Shandling, Gilda Radner and John Belushi. 12 – “Wednesday People” with Anthony Bourdain, Kate Spade and Robin Williams. 13 – “Let It Be” Afterword with Anthony Bourdain, Hal Ashby and John Lennon with some parting words. 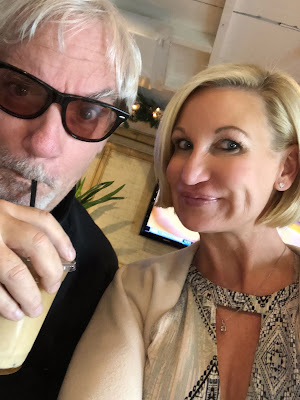 Sorry to report that our public lunch with Jennifer and me and Tom at the Great Greek has to be postponed. We'll figure out a new date asap!

Posted by Rich Martini at Thursday, September 13, 2018 No comments: