What's up with moi

Okay, it's the middle of April. Taxes are upon us again. I'm sitting in an edit bay with the amazing Josh, who is cutting our Tibetan documentary.. a trip around Mt. Kailash with Buddha Bob. If you know who the Bob is, then you'll know what i'm talking about. It'll be finished in a week or so, touched up over the next month and hopefully released in the fall. Four weeks in Tibet - don't know what I'm going to call it yet, but soon.

Olivia is 19 months now, and little Romeo is due in August. Actually we haven't agreed upon a name yet, but since dad passed away this past year, and he was Romeo Charles, it sorta makes sense. Although I'm partial to Rich - since then he won't have to build a new blog. I can just will him the passwork, you know? Somehow I don't think he's going to care about blogs by the time he's 25.

Got to find a way to leave information for my kids - Just turned 50, when they're in their twenties, I'll be in my 70's, by the time they get to this amount of useless information in their brains, i'll be gone and won't be able to pass along any of my sageness.. or what the hell i've learned in this lifetime. and if you can't pass along some of that, what the heck are we doing here anyways? If we all lived a bit more along the lines of 'what am i going to leave for my kids, or my kids kids,' the world might be a different place. Might be.

So this is a place for musing, for bashing the current administration whomever it is, and generally for having some random thoughts. I'll try to keep up the good work as they say. Hello to all my pals who've found this blog. 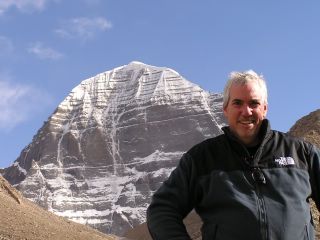 Posted by Rich Martini at Wednesday, April 13, 2005 No comments:

Okay, Martini Man was taken. Martinia Mania taken. The Martini Shot was taken. Hmm.. maybe not. we'll have to check that one as well. if there's no more blogs from me, it's cause i went to the martini shot. be right back
Posted by Rich Martini at Wednesday, April 13, 2005 1 comment: