Hmm.. could there be a trend here?  Just thought it sounded funny.  After a couple of Martinis, who doesn't leak? Or feel like they're leaking?  "I am Spartacus!"  "I am a wikileaks!"  Find their mirrors here: http://wikileaks.info/

I was in India some years ago, and they had this t.v. show called "Tehelka."  And it was basically the same thing, but with video - and they caught these govt. guys robbing the country blind.  I watched as the Indian Defense Minister was caught on camera taking these huge bribes - and huge in India means stacks of rupees that are stapled in the middle - suitcases full.  And this guy was sitting there in front of a hidden camera, piling these stacks of cash in front of himself, promising the guy behind the camera that he was going to approve the Defense contract he was bribing him for.

A went back a couple of years later.. and nothing happened. Nobody got fired. Nobody got nothing. Same Defense Minister, they had a "commission" look into the details.. but basically; nada.  So, despite all the hoopla over Wikileaks revealing our state secrets (and to their credit, they had local journalists redact any names in the documents that might have cause problems with local contacts), we're able to get a glimpse into the darkest corners of our state secrets.  It's just about the biggest thing that's every happened to the Fourth Estate, and if you're behind the maxim from the Bible that says "The Truth Shall Set You Free..." --

which by the way, adorns the entrance to the CIA --

you must be for truth in all endeavors.  Julian Assange is merely a figurehead for thousands of journalists who are working behind the scenes to "keep 'em honest."  I'll predict that in ten years, there'll be a "wikileaks" t.v. channel, ala "Tehelka" in India.  Unfortunately, I also predict NOTHING will change.  Figures lie, liars figure, and everything will go into another closet.  But in the meanwhile, enjoy the holidays and the show!!!


"May you live in interesting times." Old Chinese Curse 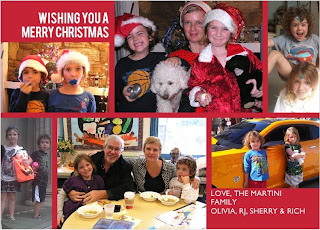