Burn them at the stake!!! 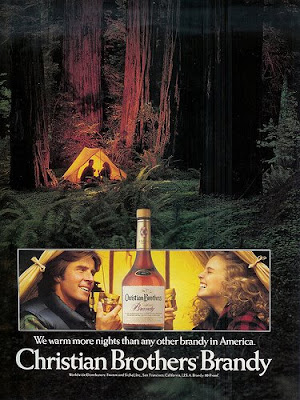 IT was difficult to understand why allegations of abuse should have come as such a shock to the Christian Brothers as child sexual abuse was a persistent problem, the Commission of Inquiry in Child Abuse found.

According to the commission, during its investigation, the stance of the Christian Brothers was that their institutions were not abusive and provided a positive experience.

During the investigation committee’s hearings, Br David Gibson, then province leader of St Mary’s Province of the Christian Brothers, outlined the response of the congregation to the issue of child abuse in Ireland.

He said they had great difficulty in coming to terms with the fact that Brothers could have abused children.

"It was something totally contrary to the whole vocation of a Brother and yet we were getting detailed accounts of how Brothers abused children."

It had particular difficulty in accepting that members of its congregation had engaged in sexual abuse, the commission found.

The Christian Brothers submitted that their schools provided positive experiences for the boys in them and that they offered a generally good standard of care, education and training when considered in the context of the time, having regard to shortages of resources and finance, and lack of training for the Brothers.

According to the commission, there were "several problems" with response statements from the congregation, which generally took the form of a blanket denial of the allegations.

"Some of the statements were signed by Brothers who were not in the school at the time.

"Brothers who signed the statements gave evidence to the committee that contradicted the facts asserted in the response statements and some statements simply omitted relevant facts, while at the same time making assertions that were known to be incorrect or misleading."

This story appeared in the printed version of the Irish Examiner Thursday, May 21, 2009


All right. Enough is enough.

Sorry I've been absent for so long. Just busy doing other stuff.

But this Irish scandal has outraged me. The Christian Brothers were able to successfully sue to keep their names from being publicly exposed in Ireland - the abusers.

Where's the outrage? Where's the internet hero who will find these names and leak them to the net? It can't be that hard to get a list of all the predators who worked in these charnal houses over the past century and post them all. If they want to deny their abuse - or their knowledge of abuse and did nothing to stop it, then let them. The Christian Brothers institution should be punished. Not just monetarily for all the abuse it has heaped upon a nation - it should be forced to pay for what it's done. Turn over all proceeds for the past ten years. Close the schools with the worst abuse. Public flogging. Something!!!!!

The world should be outraged, and they shouldn't let up abusing these abusers until every single one of them is brought to justice. Why just hunt for Nazis when the hunt for pedophiles in the clergy is as justifiable? Burn them all at the stake, to borrow a phrase from the lovely Vatican.