With Julian and George - Beyond Belief

Pal Julian Lennon was in town for the release of his latest CD.  It was also an opportunity to give him a copy of "Flipside" which he appreciated.  He's truly a warm hearted individual and his photography and music are both haunting and melodic.  Check him out at JulianLennon.com

The one and only George Noory invited me to be on his talk show in Denver - it appears here: .   It's was a fun and lively hour that seemed to slip by.  Audience members had really unusual and spot on questions - so interested that I asked afterward if the producers had given them advance ideas... they had not. 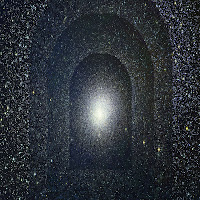 One woman came up to me weeping after the show, and she said "I began to cry from the moment you began to speak and so did the woman next to me."  I'm not sure if that's the desired effect when giving a talk, but I held her hand and said "It's not about what I'm saying, it's about the research.  And if the research has some resonance for you, then it's worth examining."

I encouraged her to read all of Michael Newton's books (beginning with "Journey of Souls") for a more in depth examination of the life between lives.

I'm continuing to gather stories, and announced on the show that the new book is going to be called "Flipside: the Veil is Thinning"

The producers will let me know when there's an air date, and I will let y'all know when that is. Thanks for tuning in...