Hacking the Afterlife on "Beyond Belief"

I'm going to be on "Beyond Belief" next weekend with George Noory. (Oct 9th) That's his show on GaiaTV.

It should be another fun adventure - George is one of the greatest interviewers of all time, I haven't a clue as to what he wants to talk about, but he's invited me onto his show.

As I've tried to tell him and his staff - I'm not selling or promoting the idea that people should read or buy "Hacking the Afterlife."  In fact I'm warning people NOT TO BUY THE BOOK.

Because it's not for everyone.  It's going to be disturbing to some people who don't want to hear what people say about the flipside.  It goes down paths that I've never gone down before, and it is what it is.

What's in the book?
Oh, an interviewer with a channeler who claims to channel Edgar Cayce.  Why is this interesting? Because I ask Edgar why he was so wrong in his predictions of the future.  I also ask him who was supplying the information for his trance sessions - and his answers dovetail completely with the research in "Flipside" and "It's a Wonderful Afterlife."


I include interviews with three different mediums who claim to be able to access Amelia Earhart.  The first one came to me out of the blue - and told me information about her that I could not find in my extensive research into her life (for my own films, and later for the Fox film "Amelia") - the medium Pattie Canova gave me tips about secrets in her life that were not public.

Some years later, I supplied the questions to a medium who was going to interview her - and that was interesting, because neither the medium or the woman asking the questions (Dr. Medhus and Jamie Butler of "Channeling Erik" fame) knew anything about Earhart's life and death.  But I did.

During that interview, Amelia confirmed a number of the secrets about her - gave new information about them, but refused to answer a question about how she died.  She actually said "If the person who supplied these questions wants to ask me privately I'll tell him."  I missed that detail when I heard the session, but it wasn't until I transcribed it for the book that I became aware of the offer.


Out of the blue, medium Jennifer Shaffer (.com) who works with law enforcement on missing person cases (including the FBI and others that I've verified) called me, and on a lark I said "how'd you like to be involved with the most famous missing person case in history?"  Her interview with Amelia confirmed details I knew, but also gave me new information - which has proven to be accurate AFTER the session.  So Amelia gave me clues about her that no one on the planet knew... until now.

Finally, the last third of the book is examining the many reports I've gotten about Jesus still existing on the Flipside, still helping people during a near death experience, and showing up in all kinds of random places.  I decided to let that be part of this book because who am I to hide this information?

So that's why it's a controversial book.  That and I include interviews on the Flipside with Prince Rogers Nelson and Robin Williams. 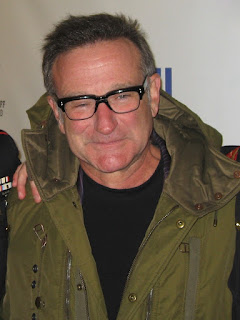 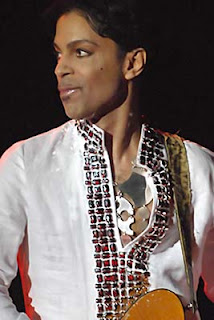 I'm not talking to the dead.  I DON'T CLAIM TO SPEAK TO THE DEAD. Jennifer talks to Prince and Robin, but I supplied some of the questions.

I have no abilities in this area. I'm not a hypnotist. I'm not a medium. I'm not a scientist. But I know a few who are.

I film and report all of these interviews.  So that's what we're talking about next weekened (Oct. 9th - Gaia TV) on George Noory's BEYOND BELIEF.

YOU HAVE BEEN WARNED.

Posted by Rich Martini at Saturday, October 01, 2016 No comments:

Robert Lanza on theory of Biocentrism

"We're still operating in an outdated paradigm." Lanza's book "Biocentrism" is groundbreaking, his theory underlines how consciousness is not confined to the brain.

He doesn't explore the nature of non-reality (existing outside this realm or paradigm, which folks do in "Hacking the Afterlife") but he examines the "nature of reality" from a scientist's pov using quantum logic (which echoes Buddhist philosophy)

Worth watching if you have 20 minutes to examine the nature of reality. He argues convincingly how the old model of how the universe works is outdated, how "something" outside our realm directs life ("Consciousness" or "God" or "The Enthropic Principal"). Part two appears next to it on youtube...
Posted by Rich Martini at Wednesday, September 28, 2016 No comments: