Ta-daaa! Volume One of "IT'S A WONDERFUL AFTERLIFE: FURTHER ADVENTURES IN THE FLIPSIDE" is online and in print. Be the first on your block to see what more folks have to say on the Flipside. Many thanks to all of you who've crowd funded this endeavor. (Yes, I will be sending your swag asap!). There are two editions so far, one in kindle, the other in print on demand through createspace. That will expand in the coming days to Amazon POD. Here's the link for the kindle version. Thanks to everyone involved! Volume Two is in the hands of the editor, and inshallah, god willing, will be in print within the month. The audio book for volume one as well. 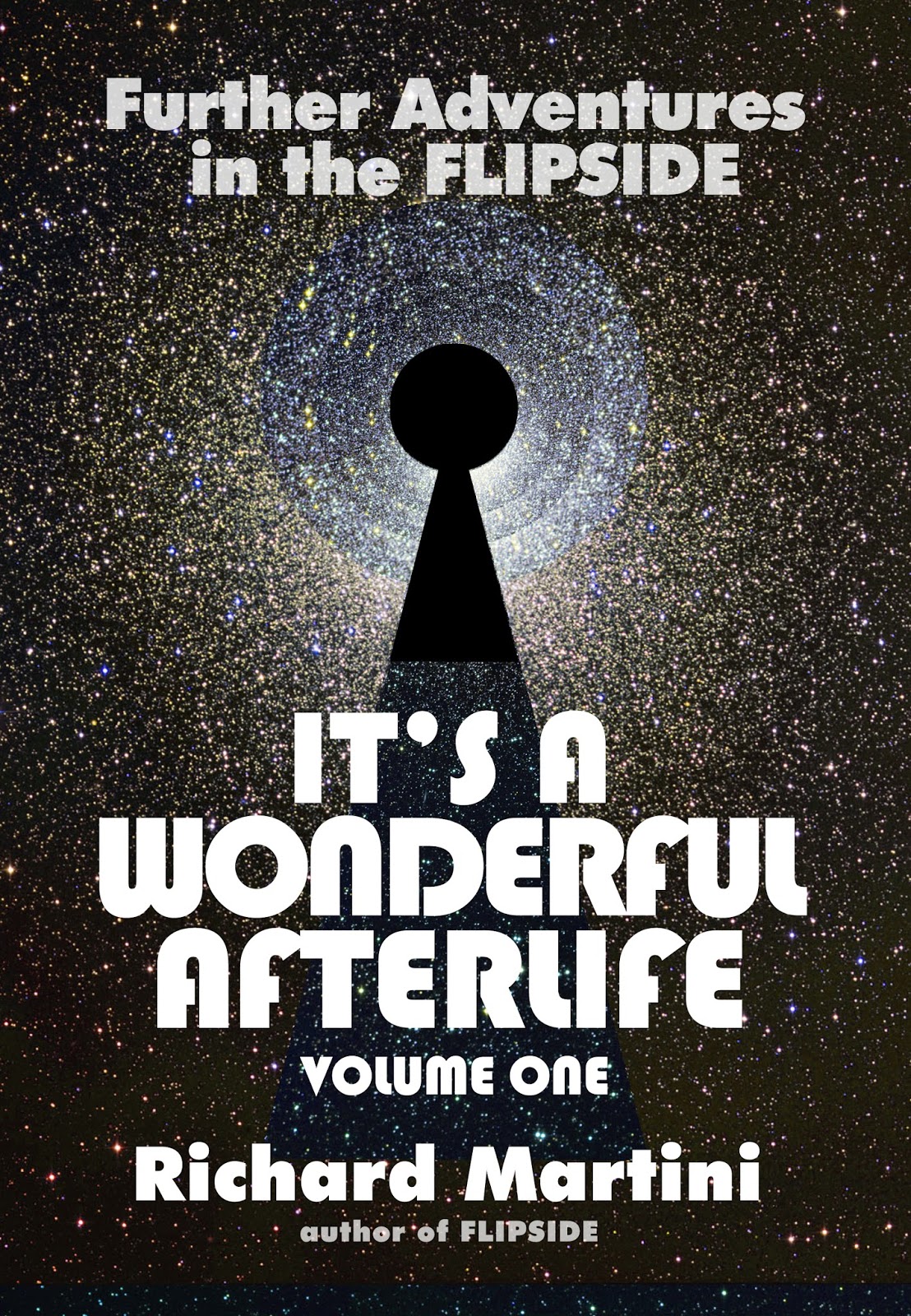 Best Selling Author of "Flipside" (#1 in its genre at Amazon twice!)

"It's A Wonderful Afterlife: Further Adventures into the Flipside" takes a quantum leap forward into the afterlife, includes interviews with scientists discussing the source of consciousness, comparing near death experiences (NDE) with between life sessions (LBL), and includes interviews with people who claim to be speaking from the afterlife.  There are a new between life sessions with astounding claims of contact with the afterlife, with experiencing God and understanding life's journey.

The author explores his own unconventional journey to this research, and includes a between life session of his own.  Interspersed throughout are transcripts of actual between life sessions with some very unusual folks who have clear memories not only of their previous lives, but of the between lives realm where they claim to have chosen their current lifetime.

Extensively researched, breathtaking in scope, "It's a Wonderful Afterlife" takes the reader on a wild ride, across the yellow brick road, into the Great Beyond.

"Richard has written a terrific book. Insightful, funny, provocative and deep; I highly recommend it!"
Robert Thurman ("Why the Dalai Lama Matters")

"Everyone should have a Richard Martini in their life."
Charles Grodin ("Just When I Thought I'd Heard Everything!")

"Inspiring, well written and entertaining. The kind of book where once you have read it, you will no longer be able to see the world in the same way again."Gary E. Schwartz PhD ("The Sacred Promise")

“We viewed “Flipside” last night and were blown away about how good it is; the visuals were outstanding - the care taken in putting it all together really shows.”Michael Newton (“Journey of Souls”) (about the film version of “Flipside”)
Posted by Rich Martini at Sunday, September 14, 2014 No comments: Links to this post